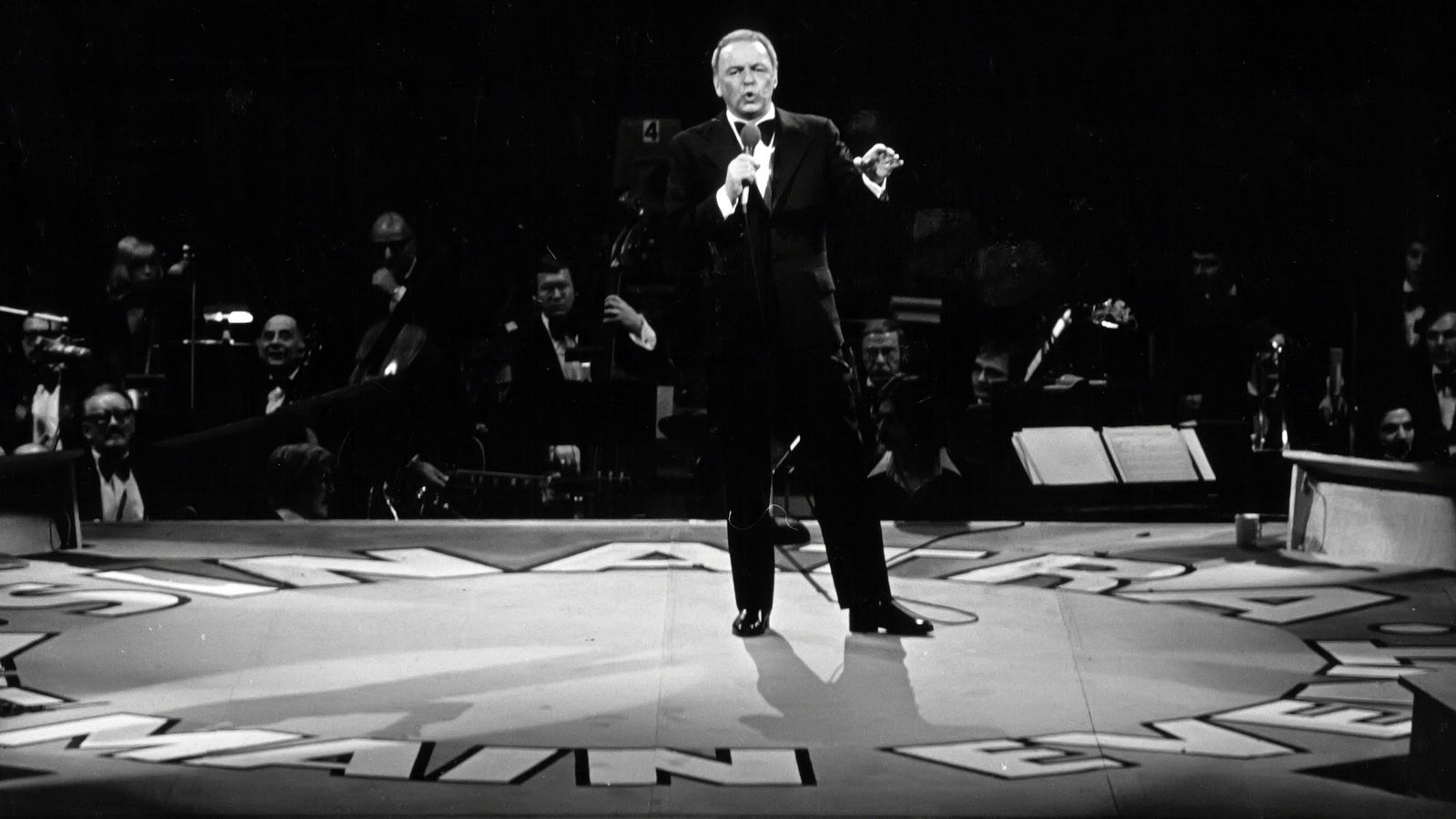 MARC ANDREESSEN is a famously successful and opinionated investor and thought leader. Someone I’ve known for 20 years. Always interesting and provocative. One of my favorite guests at my discussion dinners. That’s not to say I agree with him on everything. In the last few years, our email exchanges are more about TV shows and good espionage books rather than business or politics.

On social media, he's been a beacon. He’s shared. He’s blocked. He’s disappeared from platforms. He started using the social audio chat platform CLUBHOUSE. His use helped put it on the map. Then his firm ANDREESSEN HOROWITZ announced a big investment in it. Then he and his partners gathered their extensive network in media and technology as guests and hosts on the platform. It worked. Literally, within days it became THE place to be. Think of a small room or big auditorium with guests like ELON and ZUCK.

You get the picture.

You had to receive an invite to join the platform. And any individual can block you. There are leaders in tech (and other sectors) that don’t like the filter of the media. They like to control their own story. They don’t see the value of the checks and balances. They can be liberal with a block. They use private message apps. They’ve often left or limited their use of public forums like Twitter - even if you block, your posts get around. Maybe they even limit who can reply. So when Clubhouse launched and some of those journos Marc and others didn’t care for were blocked from those small rooms or auditoriums, well, they didn’t like that much. Not saying I agree with that tactic (I block and cancel with the best of them. Not journalists, but the average venomous psycho on social media). But I get it. Some want to control their s***. Totally.

I dubbed this overall approach and things like it, “THE SELF INTEREST STACK.”

How does one control the elements and variables around them to create a certain outcome? Seems simple enough. They like a platform. They invest in a platform. They seed the platform with content. They promote it. They limit those they don’t want on it. They make money. It’s their self-interest. Their stack. Others don’t have to like it but it is what it is.

Now like other “pretty young things” in the venture world, things hit a plateau. It’s hard to “force” something to happen. And with incredible rise, Clubhouse growth slowed and scale has challenges. But these are the early days. Like landing on PLYMOUTH ROCK on your way to HAWAII. I wouldn’t judge it yet. Others are. Investor SHAAN PURI wrote a hysterical and all too real thread on what could happen. But that’s likely one of the things that Marc A can’t stand about the press, the rise and fall stories. The “X killed Y” the “X is over” headlines. Hot, then not. When social media and the press start it can feel like vultures on a carcass to an investor or founder.

As an aside... I think the current issues are more related to an early product and frankly content moderation. They are now adding creator-focused enhancements. Let’s see what happens. Do I think platforms like this have as many lives as Twitter has had? No shot. But they just began. One thing I did notice as this thing exploded was the boredom. No different than any social media platform, there is a lot of boring s***. Some of the discussion rooms could put a cokehead to sleep. That’s not the platform’s fault but does point out the importance of good discussion moderation. That’s a talent. Not everyone has it and the platform depends on creators getting better at it. And with a lot of good ones, others will learn. Funny enough, journalists tend to be very good at it. Quality is something FALON FATEMI AND MARC CUBAN are working on with competitor, FIRESIDE CHAT.

Like I’ve written before, I think the professional, ethical, fact-checked, “do-their-job-well” media are an important part of our lives. They can look out for us. They help us answer questions. WASHINGTON POST’S MARGARET SULLIVAN codifies the values: “Oversight. Transparency. Factuality. Spotlighting wrongdoing. Giving a voice to the voiceless.” But journalism is a filter to some and that doesn’t sit well with them. Especially when everyone can communicate directly. And when tribe-like mentality takes over. But that isn’t going to breed checks and balances. And in an age when every company is a media company, we need to be aware of that. And journalists need to be aware that everything they do and say on social media impacts how we think about their work. It's in their self-interest.

A place where the “Self Interest Stack” has really upset me is in politics and media. I’ve always wanted to believe (and do) that journalism's purpose was to be independent. Even a journalist that leaned toward a certain political party was not above the proper and healthy antagonistic relationship they should have with their subject. They still covered, critiqued, and reported the truth. This relates to any party. Right or left. GOP or DEMS. Conservative or liberal.

I belong to no party. But a recent Twitter thread by former conservative operative MATTHEW SHEFFIELD really got my attention. And before anyone starts with some “whataboutisms” about Democrats, again I say, this can be related to any party. This is a must-read thread. Please, please, please read the whole thing, but a few tweets stood out…

“As the co-creator of NewsBusters, the most prominent anti-media website, I was part of a decades-long tradition of complaining about media elites being "unfair" to conservative views. There is still much to that argument, but eventually, I saw that I was missing context…. What I did not realize until I began expanding my work into creating actual media and reporting institutions such as the Washington Examiner (I was the founding online editor) was that U.S. conservatives do not understand the purpose of journalism… This became evident to me as I saw that conservative-dominated media outlets were MUCH more biased than outlets run by liberals. The latter had flaws that arose from a lack of diversities (note plural) but they operated mostly in good faith. That's not how the former operated… I eventually realized that most people who run right-dominated media outlets see it as their DUTY to be unfair and to favor Republicans because doing so would somehow counteract perceived liberal bias.”

And in a NEW YORK TIMES interview, Sheffield explains how self-interest led to a different reality. The “Self-Interest Stack” in this case abdicates responsibility in order to be in line with the party or leader. Any sense of independence (and that’s not a totally blanket statement) is trumped by loyalty and self-interest. It can be overtly deliberate or it can just creep up on you over time out of survival or need for acceptance. While the value of journalism that Sullivan points out is crystal clear to me, that’s not necessarily the case for many of my fellow citizens. THE AMERICAN PRESS INSTITUTE released a report by THE MEDIA INSIGHT PROJECT entitled “A new way of looking at trust in media: Do Americans share journalism’s core values?" And it has me worried. Sullivan covers it in “Bad news for journalists: The public doesn’t share our values. But there’s hope.”

Those core values are not universally shared. The beating down of the media by politicians and thought leaders has had a major impact. It makes leaders less accountable. This isn't good for anyone in any party. The self-interest extends to those supporting those leaders. Support for authority. “They worry that some of the things journalists believe in can be intrusive and get in the way of officials doing their jobs…” And they want to see journalists be more solution-oriented than “got ya” oriented. Fair points. And less about self-interest than societal interest but still unchecked.

The topic fascinates me. The psychology involved fascinates me. The propaganda leading to the stack fascinates me. You can apply to business, politics, or pretty much any sector. I get the need to control our outcomes. But we are not omniscient. The media at its best is invaluable. The loyalty over fact trend is frightening and it’s led to a corrosive division that spills out into our lives. So it has me thinking whether in business or politics or life. What really is in our self-interest? Was FDR right? Is self-interest the enemy of all true affection?

Happy Birthday to you...